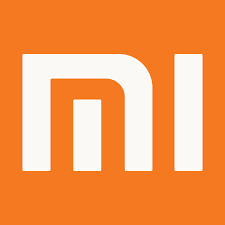 Despite being one of the latest players in the smartphone business, the company has managed to be a great competition, along with Huawei, the biggest rivals to Samsung after Apple.
In China, Xiaomi is the second largest phone producer. The company has products across different categories, ranging from TVs to air purifiers to table lamps. Laptops will be a new product category for the company, but considering its rapid expansion in China, it’s not surprising that Xiaomi is looking to enter the laptop category
Richard Lee, chairman of Inventec had earlier confirmed that his company was working with Xiaomi on a laptop which would be shipping in the first or second quarter of 2016.

The source claims that there’ll be two variants; 12.5-inch and 13.3-inch. TIC says that the 12.5-inch productions(or shipping) will start from April 2016, though nothing has been confirmed about the 13.3-inch bigger sibling.

In terms of pricing, Xiaomi is expected to put a cheap price tag of, 2,999 Yuan($500) on the 12.5-inch model, both notebooks will feature a full-metal construction, similar to Apple’s Macbook. It is expected that Xiaomi’s laptop would not run Windows 10, instead Xiaomi is expected to opt for a Linux based OS, similar to it’s Smartphone OS, MIUI, modified for it’s laptop form factor.
The leaked info, as mentioned earlier, is sort of foggy, though its authenticity is enforced by an official document, published by the Lei Feng Network, hinting that Xiaomi has a fully-operating PC department working on this project secretly.
Other sources are claiming that the notebook will be powered by an Intel Core i7 4-th generation processor, coupled with NVIDIA GeForce GTX 760M GPU, 8-GB of DDR4 RAM, and a 15.6-inch display. Though we can’t claim it’s authenticity of these specs as of now.
SOURCE: MyDrivers
TheTechPie

Firefox OS to soon hit in New Smart Devices Firefox OS on Smartphones and New Leaks In early December, Mozilla announced that it was discontinuing Firefox OS development for smartphones, mainly due to its inability to offer the best user experience with it. The announcement added, Firefox was continuing experiments with the operating system in…

Just months after the OnePlus One launch, it was announced that it will be having a successor, apparently named OnePlus Two at that time. OnePlus, a Chinese startup company has made it quite big with it’s first installment, and on August 11 will be the company’s second installment’s launch, OnePlus Two. The first device of the franchise not bad…

Image Source: Expertreviews     Apple is expected to launch its new model of iPad, iPad Pro in India, which is likely to hit the Indian market next week. Although the exact availability and pricing hasn’t been revealed yet officially,a source, TheQuint has revealed that the 32GB iPad Pro (Wi-Fi) will be priced at  Rs67900, 128GB iPad Pro Wi-Fi…