Google is on fire with lots of new announcements this time. Android N, Google Home, Google Daydream, Android Wear 2.0, Google Assistant, Android Instant apps, Allo and Duo were the major highlights of this event. So lets wrap up some of the major apps and features announced this year!

Google is getting deeper into Virtual Reality. Google Daydream is Google’s new mobile VR platform which is basically built on top of Android N. So, Android N will be having something called VR Mode which will lets you to play around your mobile in whole VR mode. Google has created special VR versions of YouTube, Google Play Store, Play Movies, Google Photos and Street View in Google maps. Daydream only going to work on latest phones with specific sensors and screens. Third party apps like Netflix, Ubisoft and etc are also expected to bring Daydream compatible apps. Google has also partnered with Samsung, HTC, LG, ZTE, Huawei, Asus, Xiaomi and Alcatel to bring Daydream compatible phones in future.

Google is here with a smarter version of Google Now called Google Assistant. It works somewhat like Google Now but in two-way conversational manner just like SIRI. According to Sundar Pichai, apart from doing the basic stuffs it can also process the phrases like “I want to bring the kids this time” to sort out family films. Google has plans to integrate this feature into smartphones, smartwatches, Google Home which was announced at the event and in cars as well.

Basically Allo is a chatting app like Hangout but with some great features. One of the greatest features of Allo is the integration of Google Assistant into it. It also comes with the features like end-to-end chat encryption, incognito mode, smart photo recognition, emojis and stickers. Google Assistant will help you by suggesting what to response by looking at your conversation history. Allo will need your phone number for signing into the app just like Whatsapp.

It is a video chatting app just like FaceTime. Like iMessage and Facetime on Apple, Android will be having Allo and Duo. The app will be very simple to use. It will be having a feature called “Knock-Knock” which will show you a video preview of the person who is calling you before you answer the call. Just like Allo, Duo will also need your number to sign-up.

Now this is the coolest feature which Android introduced in the event. Basically it lets you to run an app without installing it. It takes the advantage of “Accelerated Mobile Pages” concept which instantly loads up the webpages to Android Apps. It actually downloads a small part which is needed for a short experience. According to Google this feature will be supported from latest version of android to Jellybean version.

It is a device (a small speaker) which will act as your virtual assistant, which will help you, talk to you and will do many more tasks. Google Assistant is deeply integrated into it to help you out with your day to day tasks. It lets you to play music, control your smart home devices. Apart from that it can also book a ticket, look for restaurants, check weather etc. It is a direct competition to the Amazon’s voice assistant Alexa. 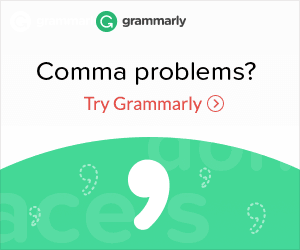